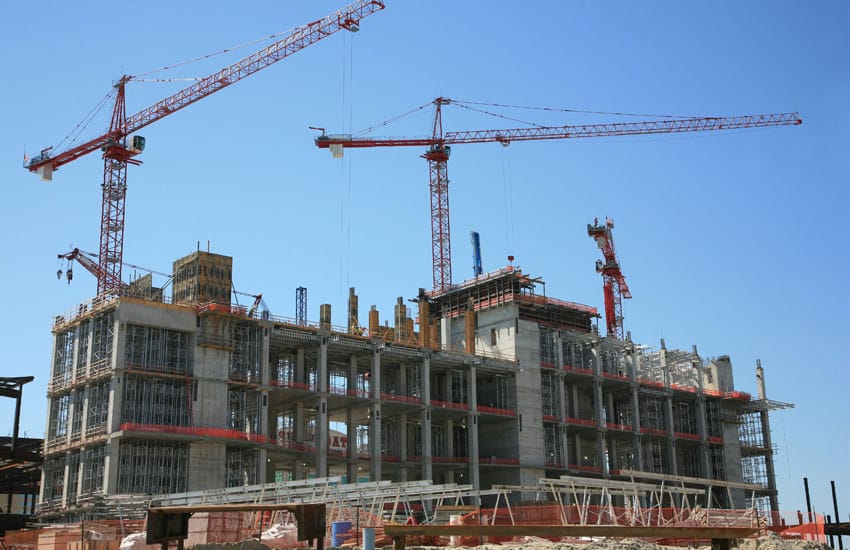 Today accounting firm Moore Global published a report exploring the tokenization of real estate. Rather than explicitly forecasting a $1.4 trillion market, the Moore executive outlined a ‘what if’ scenario.

“Tokenisation is an emerging trend with potential to become a mega trend – and it is absolutely going to be a disrupter in global property markets. It has potential to lower the cost of capital, increase the pool of potential investors and increase liquidity,” said Dan Natale, Global Leader of Moore Global’s Real Estate group.

“It could take time for a critical mass of institutions to invest with confidence in tokenization of real estate. However, if even just 0.5% of the total $280 trillion global property market were tokenized in the next five years, it would become a $1.4 trillion market.”

The report outlines some of the current frictions involved in fundraising. It highlights one UK fund manager that raised $900 million for a property fund. However, to secure that amount took 497 meetings.

Moore mentions some big deals. Moving away from the report, Ledger Insights observes that these examples highlight how slow going the sector has been. For example, there was a 2019 deal between startup Fundament Group and big German property company Bauwens. While Bauwens has a property portfolio of €6.7 billion, it’s unclear how much of it might be tokenized. Moore didn’t mention that Fundament has been rather quiet since 2019. We contacted Fundament to get an update, but didn’t receive a response in time for publication.

Then there’s RedSwan CRE that says it tokenized more than $2 billion in real estate in early 2020. However, in December 2020, RedSwan CRE announced the first $300 million tranche was open to investors. We’ve requested figures regarding the sales to date. Those investors have to hold their tokens for a least a year before they can sell, and if they’re based in the United States, they also need to be well-off accredited investors. That’s the price of compliance.

The one year holding period specific to RedSwan CRE, leads to some of the potential benefits of security tokens. If one owns an entire property, it usually takes time to sell. So one of the advantages of a token is it should be capable of being sold in a short timeframe, subject of course to the price the seller is willing to accept. And buying and selling should be efficient and low friction.

Another benefit is greater real estate liquidity. The idea is if people can invest smaller amounts and it’s open to investors around the world, in theory, the asset should become more liquid.

Real Estate Investment Trusts (REITs) are an alternative to security tokens. However, they usually invest in a portfolio and security tokens can be for a single building or even a single apartment.

An interesting recent announcement not mentioned by Moore is from the Deutsche Boerse, which is backing a new digital assets venture 360x alongside Commerzbank. 360x will focus on tokenizing art and real estate.

Not a member yet?
Join to see properties and start investing!

Redswan CRE Marketplace (“RedSwan”) maintains a commercial real estate technology platform through which companies and individuals who own CRE properties can offer tokenized interests of their properties to qualified investors for investment. Investments involve risk, including principal loss, and, unless otherwise stated, are not guaranteed.  Targeted returns are subject to change and are based on modeling performed by the sponsor.  Be sure to first consult with a qualified financial adviser and/or tax professional before implementing any strategy discussed herein. There is currently not an active secondary market for digital assets of the type featured on RedSwan. The investor’s ability to liquidate will be dependent on market conditions, and there is no guarantee that a buyer will be available that can offer a price deemed acceptable by the seller.

This communication is not to be construed as investment, tax, or legal advice in relation to the relevant subject matter; investors must seek their own legal or other professional advice before making any investment to determine whether an investment is suitable for them. In addition, any third-party publications reflect solely the opinions of the authors, do not reflect the views of RedSwan, and RedSwan does not independently certify the information contained therein. Any such content is meant for informational purposes only and is not intended to serve as a recommendation to buy or sell any security, and is not an offer or sale of any security, and is not intended to serve as the basis for any investment decision. Past performance is not indicative of future results, and all investments may result in total or partial loss.  Any historical returns, expected returns and financial projections show are not guaranteed and may not reflect actual future performance.  Offerings on RedSwan are compliant with United States Securities and Exchange Commission Regulation D 506(c) and Regulation S.

Redswan CRE is offering securities under Rule 506(c) of Regulation D. The Company has filed a Form D with the Securities and Exchange Commission in connection with its offering.

Would you like to sign up before leaving so you can browse properties, get alerts and express interest?